Shopping Cart
Your Cart is Empty
Quantity:
Subtotal
Taxes
Shipping
Total
There was an error with PayPalClick here to try again

Thank you for your business!You should be receiving an order confirmation from Paypal shortly.Exit Shopping Cart

Art work - To view the entire body of artwork in The Grassland Series please visit www.colinandthegrasslandseries.com

Marianne's Portrait (26 by 28" acrylic on board) In Private Collection 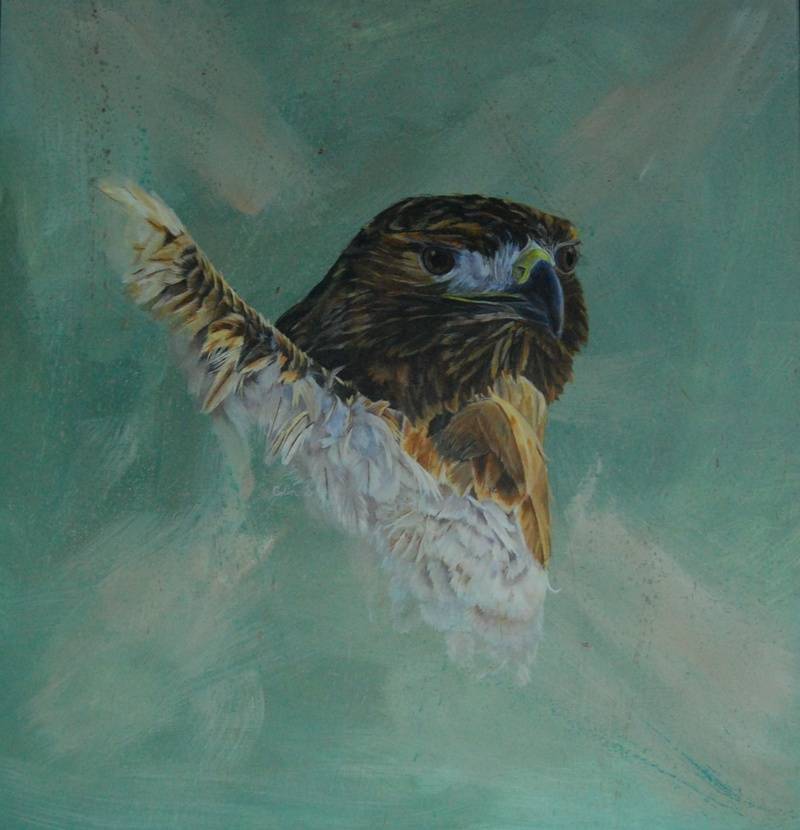 This is a portrait of a Red-tailed hawk named Marianne at the Strathcona Raptor Shelter. She came to the shelter a as a fully mature bird. Her wing was so badly damaged that she will never be able to fly again. She also had some damage to her left eye which can be slightly visible in this portrait. She currently is brought to events and presentations that the society holds for the general public and schools across Alberta. You might be able to say that the raptor shelter is more like a retirement home for Marianne. Where she is finished her time in the wild raising young and now is just living out her days in peace. I created this painting on a piece of masonite board which came in a box for a dishwasher my parents had recently purchased. The board was meant to be thrown away as trash but when I seen it I knew it was a perfect size to paint a portrait on.
/