Shopping Cart
Your Cart is Empty
Quantity:
Subtotal
Taxes
Shipping
Total
There was an error with PayPalClick here to try again

Thank you for your business!You should be receiving an order confirmation from Paypal shortly.Exit Shopping Cart

Art work - To view the entire body of artwork in The Grassland Series please visit www.colinandthegrasslandseries.com 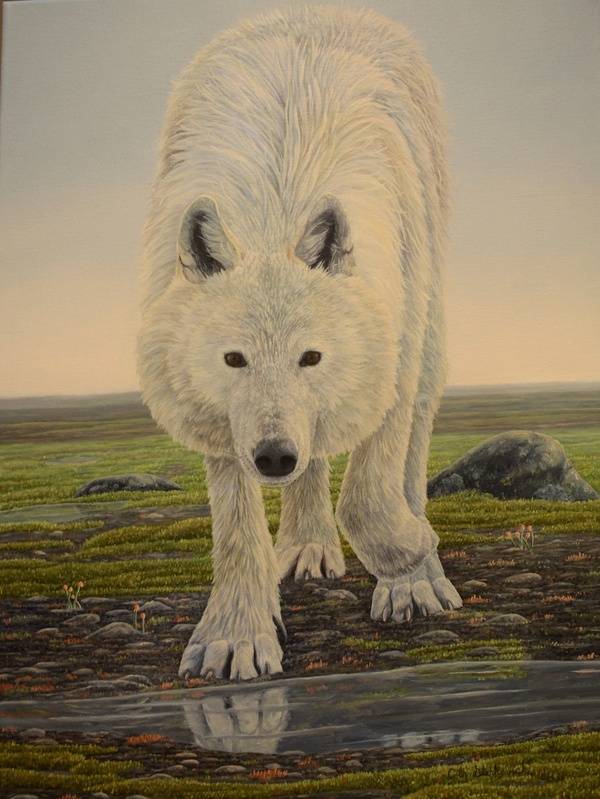 Often we get caught up in the mumble jumble of our own lives, the world we live in. It may heavily involve nature, it may not. I often think wild animals are the same way, caught up in their daily routines and their own lives. In this painting I wanted to portray these two worlds coming together in a very respectful manner. When you see this wolf, I want it to stop you in your tracks. The wolf is separated from the viewer by a small pond, acting as a barrier between the viewer and the wolf to give the viewers psyche some comfort. Even though the Wolf will not have any problem crossing this piece of water, in the painting it was enough to make the wolf pause for a brief moment. It's this moment where the wolf's world and the viewers clash in silence. We begin to analyze the Wolf and its surroundings, getting a glimpse of its world. The wolf is doing the same but on the other side, looking right at us and analyzing us, who we are, where we are coming from. It is up to the viewer to decide what they want this wild creature to think of us, and what the viewer wants to think of this wolf.
/